Allan Sherman’s My Son, The Folk Singer lifted him from obscurity to the heights of American celebrity and kicked off one of the most sensational winning streaks in American comedy. 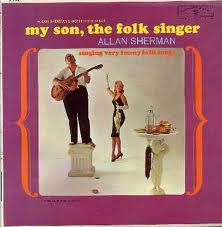 Between October 1962 and August 1963, Sherman released My Son, The Folk Singer, My Son, The Celebrity, and My Son, The Nut. All three albums went gold, sold a total of 3 million copies, sparked a fifteen-city concert tour and landed Sherman dozens of national television appearances that brought his comedy to tens of millions. 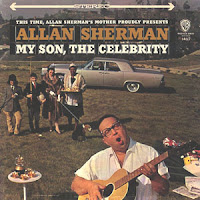 Audiences across the country laughed and applauded as Sherman thumbed his nose at classic American songs. “The Streets of Laredo” became “The Streets of Miami,” where Jewish businessmen gunned it out and the loser “crumbled/Just like a piece halvah.” “The Ballad of Harry Lewis” replaced “The Battle Hymn of the Republic,” and in Sherman’s version the warehouse stored “the drapes of Roth,” not grapes of wrath (difficult to mark down). 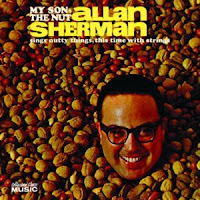 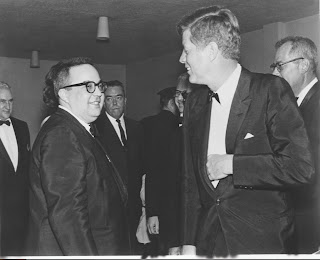 The country’s greatest songwriters and composers and comedians recognized his talent. Richard Rodgers had worked with Lorenz Hart and Oscar Hammerstein II, two of Broadway’s best lyricists, and he explored partnering with Sherman to create an original musical. Johnny Mercer and Irving Berlin sent congratulations, and Harpo Marx showed him off to Jack Benny and George Burns. They loved him, and so did much of the country. 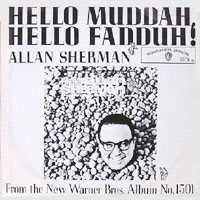 Sherman's fame hit its peak in the summer of 1963 with the extraordinary international success of "Hello Muddah, Hello Fadduh! (A Letter from Camp)," which won him a Grammy Award and was turned into a children's book and even a board game. As an account of the record industry notes, in the early 1960s Sherman personified The Moment.

His completely unexpected and extraordinary success changed American comedy and popular culture. For the first time since the end of vaudeville more than a half-century earlier, Jewish dialect humor spread to mainstream culture and led to fame and fortune.

The Goldeneh Moments from Broadway - Jewish parodies of Broadway (and movie) songs. 1950s. Some were recorded at parties in Westchester, NY, and Los Angeles. Parodies include:

Funnyland. Sherman wrote much of the material for this one-hour television special and pilot built around him as the star. No series grew from it. January 18, 1965 on NBC network.
Something Special. Another television vehicle for Sherman, but not a pilot. The one-hour special aired October 16, 1966.

My Son, The Star