Mark Cohen is a writer and speaker specializing in the Jewish American scene, from the novels of Saul Bellow to the pop culture comedy of Allan Sherman. 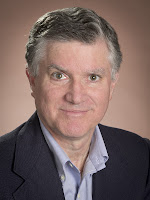 His articles have appeared in American Jewish History, Saul Bellow Journal, History of Photography, Modern Judaism and newspapers such as the Forward, Los Angeles Times, Daily News, and Newsday. He is a graduate of Columbia University's Graduate School of Journalism.

Missing a Beat: The Rants and Regrets of Seymour Krim (Syracuse University Press, 2010).

“Missing A Beat: The Overlooked Jewish Writings of Seymour Krim.” Zeek: A Jewish Journal of Thought and Culture (September 2007).

“Disaster and Change in an Ottoman Sephardic Community: Moses Montefiore and the Monastir Fire of 1863.” Journal of Jewish Studies (Spring 2004). Peer reviewed.

“How the West Won: The Arrival of the Alliance Israélite Universelle to the Community of Monastir.” The Sephardi Report (Spring 2004).

“Early Photographs of Albania and Macedonia by Josef Székely.” History of Photography (Summer 2003).

Past author talks (not about Allan Sherman)

Jewish Community Library, San Francisco. March 1, 2006. “Zelig and His Friends: A Look at Some Giants of Jewish Assimilation.”

Indiana University. Nov. 10, 2005. “How the West Won: The Victory of the Alliance Over the Talmud Torah in the Sephardic Community of Monastir.”

Stroum JCC, Seattle. April 25, 2004. “The Destruction of the Sephardic Jews of Monastir.”