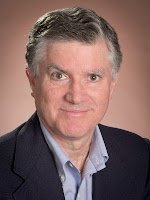 Overweight Sensation is the first biography of the manic, Bacchanalian, and hugely creative artist who in 1962-63 sold three million albums in just twelve months, but died in obscurity a decade later at the age of 49.

"We were so pleased with the program on Sunday. I've received phone calls relaying how much people enjoyed the talk and the way in which you portray Sherman's life and contributions."

"This week I heard nothing but positive comments about last Monday's presentation. It was a major success, and you should feel proud of your efforts."

"Just wanted to say what a pleasure it was having you here last night. I think it was a success by any measure. Best of luck at BEA and with the book. I'll be rooting for it -- and you."

"I very much enjoyed your talk on Sunday. Everyone who attended with whom I spoke also had a good time, so I think we can call it a success. I regret that we did not have more space. It was very crowded."

"You gave a terrific, informative presentation, and the music, fascinating facts, stories, and insight offered broader take on the Allan Sherman phenomenon and why America went so crazy for 'My Son, The Folk Singer.'"

"You did a fabulous job presenting the information to a very receptive group of intelligent and sophisticated seniors."

"There are relatively few people who excel at both the solitary tasks of researching and writing and the very social act of presenting that work, and you are one of them."