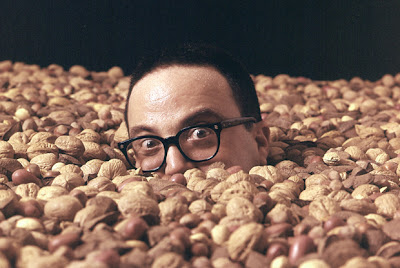 Josh Lambert published the first review of Overweight Sensation. It appeared in Tabletmag.com yesterday.
Josh liked it.
"Fiddling with the lyrics of recognizable songs—transforming “Frère Jacques” into “Sarah Jackman” and “The Battle Hymn of the Republic” into “The Ballad of Harry Lewis”—the heavyset, bespectacled comic turned himself into a star, sold millions of albums, won a Grammy, and headlined concerts from Hollywood to Capitol Hill. (JFK was a fan.) He also managed to say something about the place of Jews in 1960s America.
"That’s why Sherman merits as scrupulous a biography as Mark Cohen has just given him, the appropriately corny-pun-titled Overweight Sensation: The Life and Comedy of Allan Sherman. And it’s why the rise and fall of a big, self-destructive funnyman fits into a series of otherwise serious academic monographs from Brandeis University Press."