Today's NPR and NYTimes stories about the Hava Nagila movie brought it all back. 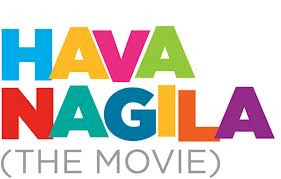 That's what hit me at the UCLA Film & Television Archive as I watched Sherman introduce his "Harvey and Sheila" parody with a direct challenge.

"The Christian name of this song is "Hava Nagila."

It was July 18, 1963. Sherman was back on the Steve Allen show, a top showcase, and "Hava Nagila" was one of the most popular songs in the country. Everyone sang it, from Chubby Checker to -- most famously -- Harry Belafonte.

And against this shmaltzy "Hava Nagila" love fest Sherman stood alone, with only one ally in the whole country who agreed that it was time for a "Hava Nagila" smack-down.

In March '62, Dylan recorded "Talkin' Havah Negiliah Blues," though it would not be released for decades.

So what gives? What was Dylan's problem? What was Sherman's?

"Hava Nagila" let everyone off too easy, that's what. It was Jewish baby talk. To nearly all American Jews, it was just adorable gibberish. No parodist can let a target like that escape attack, and Sherman wrote a doozy in "Harvey and Sheila."

It's the winner in my book.

The Sherman Diet: Utopian, not Mediterranean

With all the talk about the benefits of the Mediterranean diet, I thought a little Sherman food humor was in order.

As in so many other things, from summer camp to our love-hate relationship with the suburbs ("Here's to the Crabgrass") and our mania for self-improvement ("Taking Lessons"), Sherman had America's number. His finger was always on the country's pulse, or in this case, waistline.

In his "Overweight People" parody of "Over the Rainbow" his dream diet is not Mediterranean, it's Utopian. Given our country's eating habits, so are ours.

(Sherman gets a big laugh and applause with just the song's opening word, "Somewhere," because he copied Judy Garland's legendary pose of sitting on the edge of the stage, legs dangling over the edge.)
Posted by Mark Cohen at 7:53 PM 36 comments:

Not many people have heard of Sherman's "Big Bad Jim" parody, never mind know its back story. Stan Cornyn knows, but he wisely avoids sharing it.

For the early years of Warner Bros. Records, and the later years, too, Stan is the Man, and if you've got even the slimmest interest in rock music and associated mania, then you've got to get his terrific book Exploding: The Highs, Hits, Hype, Heroes, and Hustlers of the Warner Music Group. 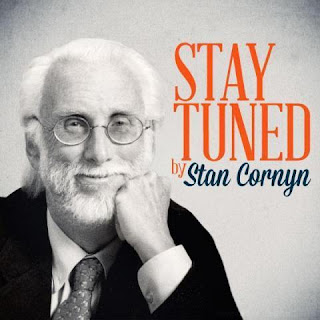 In this week's Rhino newsletter, where Cornyn has a regular column, he remembers Sherman, and briefly mentions the "Big Bad Jim" parody of Jimmy Dean's hit, "Big Bad John," that Sherman recorded for an October 1961 party for the outgoing president of Warner Bros Records, Jim Conkling.

Conkling was a Mormon, and 50 years after Sherman recorded the parody -- an item as lost as an item could ever be considered to be -- I found it in the Conkling Papers at Brigham Young University.

However, there was a problem. Sherman's song was so obscene the library was reluctant to deal with it. But permissions were secured and a cd arrived.

I quote only the least objectionable lyrics in my book. And here is a small section,


Now Big Bad Jim was an ordinary slob
Till the day Glen Wallis come and give him a job
He was just a trumpet player when he was young
But all the ladies loved him for his triple tongue
That's Big Jim
Big Bad Jim.

I know, I know, it's G-rated stuff. But trust me on this, it gets really crude. (In the book, I give you more of an idea of where it ends up.) Still, the Conkling event was an old-fashioned stag party -- no women allowed -- and the raunchy material was a hit. Variety called it "the highlight" of the party.

It was one of the many small steps that led to Sherman's record deal with Warner Bros. in June 1962.

There is no better tribute to Jennifer Lawrence's now famous misstep at the Oscar's than Allan Sherman's ode to imperfection (his favorite condition), "No One's Perfect." 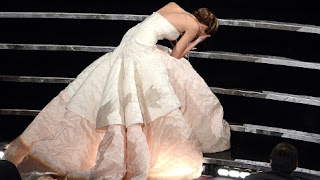 So here it is. Enjoy.

And may we all bear our imperfections with the humor of Sherman and Lawrence.
Posted by Mark Cohen at 5:39 PM 20 comments:

"I love Allan Sherman's work. Allan was funny, clever and touched my heart. He was more than just a writer of song parodies. He was an extraordinarily gifted word-weaving rhymester, and this is a definitive look at this talented, complicated, conflicted little munchkin!" 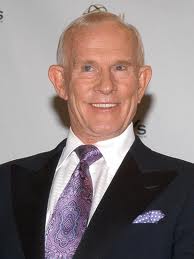 And here's the rest of the story.

Smothers met Sherman in 1971 when they both lived in the same LA high-rise and Sherman was on his last legs.

"It was sad. He was up there in his room. I don't think he ever went out," Smothers told me.

But Sherman had written something and he wanted Smothers to read it.

"I could not put it down. I thought it was the best thing I ever read."

The still unpublished work was Sherman's Every 600 Years, on a Tuesday (The Journey to the Perfectly Fair). The Dr. Seuss-inspired work features Sherman's two children and a magical visitor that tries to persuade them that despite appearances, life is ultimately a fair deal. But that doesn't mean the world holds no villains.


You climbed over the fence," the Chief said, "but that's mild.
The worst crime you've committed is Being a Child."
"Do you mean," asked the children, "you actually punish
Human beings for being not yet twenty-oneish?"

Is that not great?

Smothers owns the rights to the work, so thanks again to Tommy for permission to quote.
Posted by Mark Cohen at 3:00 PM 15 comments: