Don't Be a Noodge. This Is The Source For All of Allan Sherman's Song Lyrics

If you want to quibble, you can argue that in "Shake Hands With Your Uncle Max" the name Tidelbaum is obviously wrong.

It should be Teitelbaum.

But other than that and other corrections that only an impossible noodge would make, this Allan Sherman page lets you click the names of his eight original Warner Bros. albums and find the lyrics to every song. 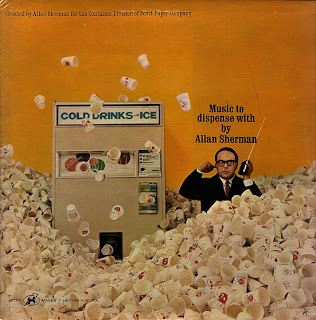 Compiled by Jeff Morris and his friends, the site is insanely comprehensive, including images of both sides of the label of the never released recording of Sherman's short-lived 1969 Broadway musical, The Fig Leaves Are Falling.

Also, there's the cover of the promotional album Sherman recorded for the Scott Paper Company.

Nobody else has this stuff.